Posted on February 27, 2018 by Cameron Strayhan 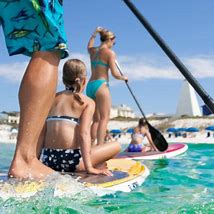 Spring break (AKA, March and April) are busy times for 30A, and we aren’t just talking about the influx of traffic from around the U.S. It’s also a busy time because there are plenty of cool things to do going on for locals and visitors alike. The proof is in this calendar of events and happenings along 30A during spring break 2018.

Taste of the Race in Seaside

On March 2, 2018, Taste of the Race kicks off the Seaside School Half Marathon & 5K Run weekend. The VIP reception is from 6:00 to 7:00 p.m. and includes a special cooking demonstration by Chef Emeril Lagasse along with hors d’oeuvres and drinks.

At 7:00 p.m. Taste of the Race general admission event begins at the Seaside Lyceum. Taste dishes created by local chefs and restaurants while sampling beers and wines from Wine World and Grayton Beer.

On Saturday, March 3 at noon the Seaside School Half Marathon & 5K Race Expo begins at the Seaside Lyceum.  Pick up your race packet, participate in the silent auction, and get to know the race sponsors while enjoying live music. The expo ends at 6 p.m.

Get a good night’s sleep because on Sunday, March 4, the marathon begins at 7:00 a.m. at the Seaside Post Office. The 5K starts at 7:25 a.m.  Afterwards is the post-rice party, awards, silent auction final call, and more live music.

Find fresh produce and locally-made crafts and other creations as the farmers markets.

Spring Concert Series along 30A

On Mondays from March 5 to April 2, head to the East Long Green in Rosemary Beach from 6:30 to 8:30 p.m. The Rosemary Beach spring concert series lineup is:

Keep the week rocking by heading to the Alys Beach Amphitheater on Wednesdays from 6:00 to 8:00 p.m. March 7 through April 11. The Alys Beach spring concert series lineup is:

At the end of the week on Thursdays and Fridays from 6:00 to 9:00 p.m. from March 8 to April 27 catch the tunes at 30Avenue at Inlet Beach. The 30Avenue concert series lineup is:

Keep things “reel” by spending Tuesday nights at the Alys Beach Amphitheater from 7:30 to 9:30 p.m. March 6 to April 10 where a different family-friendly film will be featured. The lineup for Spring Reels at Alys Beach is:

On Fridays in March, swing by Alys Beach at 1:00 p.m. for Sandcastle Building. Head to the Beach March 9, 16, 23, and 30. The event is limited to the first 20 children, so arrive early. See a beach attendant to get a participatory wristband.

The key to enjoying life on 30A is knowing what’s going on as well as living in the right community. Beachy Beach 30A realtor Cameron Strayhan knows all about 30A living and wants to help you find your dream home on 30A. Contact Cameron to learn more.

30A Florida, 30a realtor cameron strayhan, 30A Spring Break; 30A Calendar of Events; South Walton Wine and Food Festival;, Seaside School Half Marathon and 5K Run; Taste of the Race