Spring Break Influxes to 30A – What You Need To Know

Posted on February 23, 2018 by Cameron Strayhan 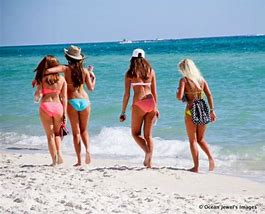 Residents of 30A know that from March to mid-April (and even a little afterward), things get pretty crowded because of the huge influx of spring breakers from other states and major cities. Knowing who’s coming and when will help you prepare for one of 30A’s busiest times of year.

Number of Visitors to South Walton during Spring

According to the tourism metrics collected for the spring of 2016, there were 872,737 visitors in Walton County, which reflected an increase of 3.6% from 2015’s visitors. The bulk of these visitors come during Spring Break, which is typically the last two weeks of March and the first week of April.

Types of Visitors to South Walton During Spring

Over half of those who come during spring bring children and have four to five people traveling with them (think two parents and two or three children). Most families who visit drive (84% drove in 2016; of the 16% who few, 54% flew into Northwest Florida Beaches International Airport in Panama City and 35% flew in at Northwest Florida Regional Airport in Ft. Walton Beach).

Of these travelers, most (73%) stay in condos and / or rental houses. On 30A, the literal tens of thousands of extra people and vehicles can really shake things up.

Economic Impact of Visitors during Spring

Of course, it’s all welcome and is great for local businesses; the economic impact of spring tourism was $962,104,800 in 2016 with travelers spending an average of $4,519 during their stays. The average length of stay was 5.4 nights in 2016. Both of these statistics reflect an increase from spring 2015’s data.

Most of these travelers visit during the week of their respective spring breaks, and 71% of travelers in 2016 hailed from the southeast. Here are where most visitors come from:

Of the individual cities, most come from Atlanta (17%) with 6-8% of visitors coming from Birmingham, Nashville, Pensacola-Mobile, and Dallas-Ft. Worth.

Spring Break 2018 Dates to be Aware of

Most of the cities that comprise 30A’s and South Walton County’s tourism have overlapping spring breaks. Here are the Spring Break 2018 dates to be aware of:

The height of the influx will take place the first week of April, which is also the week of Easter Sunday (April 1).

What to Expect During Spring Break

If this is your first time as a 30A local or visiting the area during spring break, you need to be prepared for a few changes to the usual routine. For example:

Even though things get busy, as noted, it’s great for local businesses and the local economy. So, chin up. Slather on the sunblock, don your Ray Bans, smile, and plan to lay low with a few good books. By the end of April, things quiet down, and we’re back to normal…until summer.

It’s no surprise that most visitors to 30A say they’ll definitely come back (and do). It’s a great place to call home or visit.  If you are looking for a new primary or secondary home, contact me, Cameron Strayhan; I’ve got the keys to your 30A dream home come true.