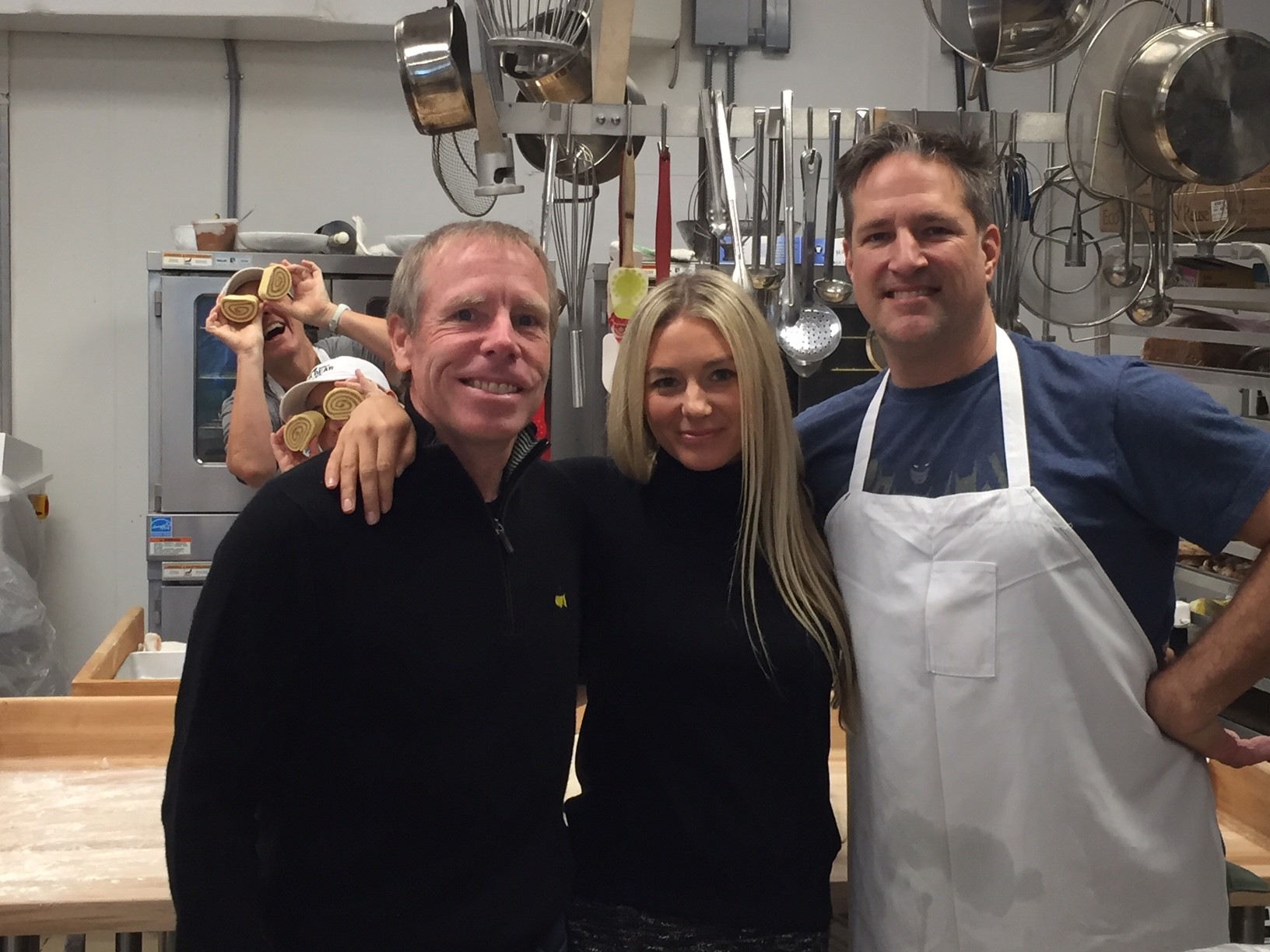 It’s hard to imagine a 30A without boutiques and restaurants, without the Cape Cod-style homes, without cyclists pedaling up and down the highway, without the marathon, without Songfest, or without any of the other things that are synonymous with 30A. But once upon a time, there was a traffic-less 30A that made for an excellent detour to Highway 98, where young surfers like Dave Rauschkolb could fly down the road at a perilous 90-miles-per hour without a care in the world other than what kind of waves awaited at Panama City Beach’s pass (more appropriately dubbed Amazons).

The best waves were at Amazons. Tanned, lithe surfers would wade out and watch for the right opportunity, for the right moment to climb atop their boards and to dominate wave after wave of crystal clear coastal tides.

It was in those waters that Dave recalls either going to Amazons with Table 5 owner Phil McDonald or running into Phil at Amazons. Dave says, “I’d paddle up to him and I’d say, ‘Hey, we need to do something together someday. We ought to do a restaurant.’” That restaurant would be Black Bear Bread Co.; though, it would take nearly a decade after Dave made the initial suggestion for the stars to align and for the right idea to hit at the right time.

When the idea did strike, Phil was chef at Bud & Alley’s Pizza Bar, one of Dave’s 30A mainstays inspired by the realization that nowhere else on 30A could one get authentic, wood fired Naples-style pizza. The inspiration for Black Bear came in similar fashion when Dave recognized a glaring deficiency on the now-bustling 30A: there was no really great bakery making the kind of bread that Dave loves—rich, hard-crusted sourdough with a soft center. Sure, there’d been that one bakery in Niceville that after changing hands no longer fit the bill, and there was the occasional bakery that would pop up here and there, but at the end of the day 30A was in dire need of a quality bread baker.

Dave acknowledges that “the reason it hadn’t happened (before Black Bear) is because it’s very specialized.” Bread baking, says Dave, “is very hard,” and “bread bakers aren’t a dime a dozen.”

Dave considers it fortuitous that Phil was his business partner for this venture. The savvy, well-read chef knew of a handful of trending spots across the country that shared the vibe they wanted for Black Bear Bread Co., so last year, in January 2017, Dave and Phil flew to Austin to visit the Easy Tiger, a beer garden, bakery, and commercial kitchen. Then they went to Stumptown Coffee Roasters and Roman Candle Baking Co. in Portland. Now they had their coffee, and the bakery, coffee shop, and seasonal café concept was fully-formed.

Before construction got rolling on the new restaurant, Dave was getting milk and eggs at the Shops of Grayton when he looked up and saw that the dive shop that used to occupy a little white cottage was gone.

Dave wanted the space. “I didn’t know what we’d do with it,” Dave admits (the plans were still in place for Black Bear to reside elsewhere), but then at 1:00 a.m. –the best ideas always come at one or two or three in the morning, Dave says, “I was like, that’s where Black Bear needs to be!”

Finally, the stars had fully aligned, and Black Bear moved into its new home. Dave marvels at the success of the venture thus far. Dave recalls telling Phil, “This is going to be like a boating expedition; we’ll be pleasantly surprised if we catch fish.” You always hope for success, but with a winter launch, Dave anticipated the goings would be slow at first.

Instead, the warm and welcoming Black Bear Bread Co. is alive with the thrum of perpetual activity. In addition to the best bread and coffee to be found on 30A, Black Bear also serves fresh, healthy innovative food for breakfast and lunch. With the acquisition of the location next to the cottage (the place adjoined to the current locale by the distinguishing black and white canvas awning), Black Bear is doubling the size of its retail store and café. Dave adds they are also “going to start an afternoon thing with charcuterie, wine, and beer.”

“We couldn’t be happier with how it’s come together,” Dave says. Social, hungry locals and visitors alike couldn’t agree more and look forward to Black Bear Bread Co. becoming as integrated with the tapestry of 30A as some of Dave’s other ventures. Dave, who acknowledges that he’s always ready when a new opportunity presents itself is content to hang out and to enjoy riding Black Bear Bread Co.’s wave.

Looking for the opportunity to relocate to 30A? Contact local realtor Cameron Stayhan who has years of experience with emerald coast real estate and who holds the keys to your new home.